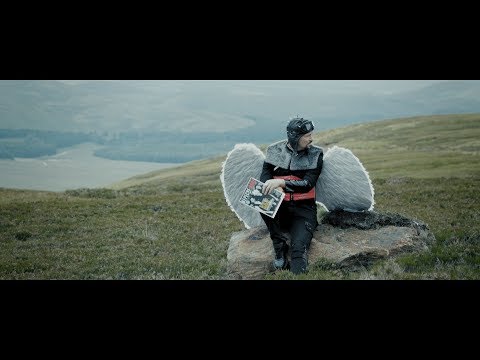 Global Citizen – WINGS – Official Video Shot, cut and directed by Duncan Catterall: https://www.DuncanCatterall.com (Whom also has a cameo appearance in the video). Whilst trying to come up with ideas, and once we’d established that I was going to be walking around wearing a large set of wings for this video, I tried to think of other videos where the subject was just walking around all dressed up, the very first one that came to mind was Dave Gahan from Depeche Mode for their hit song Enjoy The Silence, and went to find it on Youtube, great I thought, let’s do something like that! After further investigation it turned out the Depeche video was filmed in three locations, the first part of the video was shot at Loch Muick in Scotland before moving on to the Portuguese coast and then on to the Swiss Alps, I thought, Oh my god, let’s go film it in Scotland at the same location, I can dress up and walk around like Dave, even better, let’s copy some of their scenes! And that is exactly what we did, and we couldn’t afford to then move on to Portugal and Switzerland so the idea was to get the Depeche Mode scenes done and then expand on it further in the same location, so we spent the whole time finding the exact spots Dave Gahan was filmed in, mimicking those and then taking the spirit of the Mode even further with our own scenes, I also embraced the Depeche idea a little more by dressing up a little flamboyantly like Martin Gore would have done, and then the final twist, a little humour was also thrown in! I hope you enjoy the resulting video.